Gender In The Gym, Part One: The Binary

Hi WSC family! My name is Holly Crane. My graduate school research focused on the sociology of sport and physical activity, and the gendered behavior patterns that exist in physical activity spaces, like the gym. My goal as a coach and a trainer is to demystify the weight room for girls and women, teaching them that they, too, belong in this space.

I’m a weightlifter, strength coach, personal trainer, writer, feminist, eater of delicious foods, coffee and beer snob, and general lover of iron. I have a lot to say about all of those things.

One of my favorite games to play with my fellow strong women is called “What is some of the weird/crazy/sexist/homophobic/racist shit that men have said to you in the gym lately?” Here are some of my personal favorites from my own experiences:

Man, upon seeing me complete a set of wide-grip pull-ups: “Careful, Holly. You should stick to close-grip pull-ups or else your lats will get too big.”

Me, clearly a trainer working at this particular gym, upon seeing a man on a bench press look around in a panicked fashion for someone to spot him: “Need a spot?”

Drunk white male in his natural habitat (a bar on the Upper East Side. Not technically a gym, but similar social environment): “Yo, hey. You’re jacked. How much can you bench? (*Does not pause to hear me answer) How many pushups can you do? Can you do more than me? Let’s have a pushup contest right here! (*”Here” being grungy floor of said bar*) I’ll buy you a drink if you beat me!”

If you identify as female and lift weights, I know you get the idea. If you haven’t had this experience, just check out the comments section of female lifter’s Instagram pages. Or this article, from BarBend.

The female lifting experience is often defined in relation to men. We are seen as weaker; we are supposed to be smaller. And, in instances when we are, in fact, stronger, we are sexualized or otherwise diminished. What’s going on here?

We can certainly blame the usual suspects: internalized (or externalized) misogyny, for starters. But let’s get a little deeper into this. Our need to distinguish between the sexes (and to conflate sex with gender) is deep-seated and often taken for granted. From books like Men are from Mars and Women are from Venus (excuse me while I gag) and sex-segregated sports teams, to athletic clothing, to clinical research on the difference in brain function between men and women (*spoiler alert, there isn’t much of one). This is what we call The Gender Binary – the cultural assumption that all humans fit into one of two opposing categories: “female” or “male”. And we really don’t like it when they don’t. Ask any trans or non-binary person about their experience living in a society that is tireless in its insistence on these two distinct categories. (Read this WSC interview with Janae Marie Kroc to learn more.) Whether conscious or not (and it’s the subconscious stuff that’s particularly insidious), we associate power, strength, virility, and domination with men while empathy, nurturing, and softness are the purviews of women. But Holly, you say. Things have changed! We love strong women now! Look at CrossFit! Strong is the new sexy now! (Omg don’t even get me started on that one. There will be an entire blog post dedicated to this ridiculous phrase in the near future).

Ok, so, most men seem to have dropped the argument that all forms of physical activity other than vacuuming will cause our ovaries to fall out. But the assumption that men are stronger than women is still around. So is the concept that women’s sports aren’t as interesting to watch as men’s and that lifting weights that are too heavy will make you look like a man. The gender binary is still very much an organizing principle in our social lives, especially in the gym. We are constantly reminded, in increasingly subtle ways, that men are fundamentally different from women. In the world of athletics, this assumed difference is that they are better.

Every single time I talk to a Timberwolves fan about this statistic (“Tired of watching the Wolves lose? Watch the Lynx instead! They are killing it all the time! Support women! Also their tickets are hella cheap because we don’t value women’s athletics as a society!”), I hear some version of the same, strange hypothetical scenario. “Yeah, but if the Lynx played the Wolves, they’d lose.”

First of all, what. Second of all, they don’t play the Wolves because they are in different leagues. Third of all, WHY DO YOU FEEL THE CONSTANT NEED TO DIMINISH THE SKILLS OF WOMEN BY COMPARING THEM TO MEN?!?!?!?!

This shit happens all the time. Stefi Cohen, 123lbs of muscle, tenacity, and strength, deadlifts 525lbs and every insecure guy on Reddit is like “but but but but she’s cheating and she looks like a dude and I wouldn’t date her and men are stronger.”

It happens on a much more subtle, daily basis as well. Whenever my Trader Joe’s grocery bags are a little extra heavy, the cashier points to my boyfriend and says, “Oh good, he can carry them!” – the assumption being that I cannot. It gets a little tiring to constantly correct the well-meaning TJ’s employees (who are literally the best), so I let it slide most times. Even though I know that I can carry the shit of out those grocery bags, farmer’s carry style.

Most women don’t know this, though. Many of us accept this as truth. Men are naturally stronger. They carry the heavy bags, they lift the heavy weights. Women, fundamentally different from men, stick to the cardio machines.

Cultural messaging about the gender binary is everywhere. This is especially true in the gym, where the narrative is normalized and internalized. I’d like to throw a wrench in this system. The next three blog posts are going to explore three key ways that the gender binary rears its ugly head in the fitness industry: (1) “scientific” assumptions about men and women’s physical bodies; (2) bogus (and culturally reinforced) standards of female “beauty”; and (3) the gendered space of the weight room itself.

The gender binary is uncreative, limiting, myopic, and oppressive. It forces us into one of two restrictive categories that determine who and how we are in life: athletic = male, empathetic = female, forgetful = male, obsessively neat = female, vagina = female, penis = male. And so on. It finds you in the grocery store, in schools, in the office, at daycare, and at the gym. Once you start to notice the gender binary in action, you can’t unsee it.

My goal is for you to start seeing the gender binary everywhere and working towards dismantling it in your gyms and your lives. Because once that happens – once we allow ourselves to shake off these boring, socially constructed categories – then we can stop spending so much energy contorting ourselves to fit into restrictive spaces and instead focus on taking up space wherever and however we’d like. 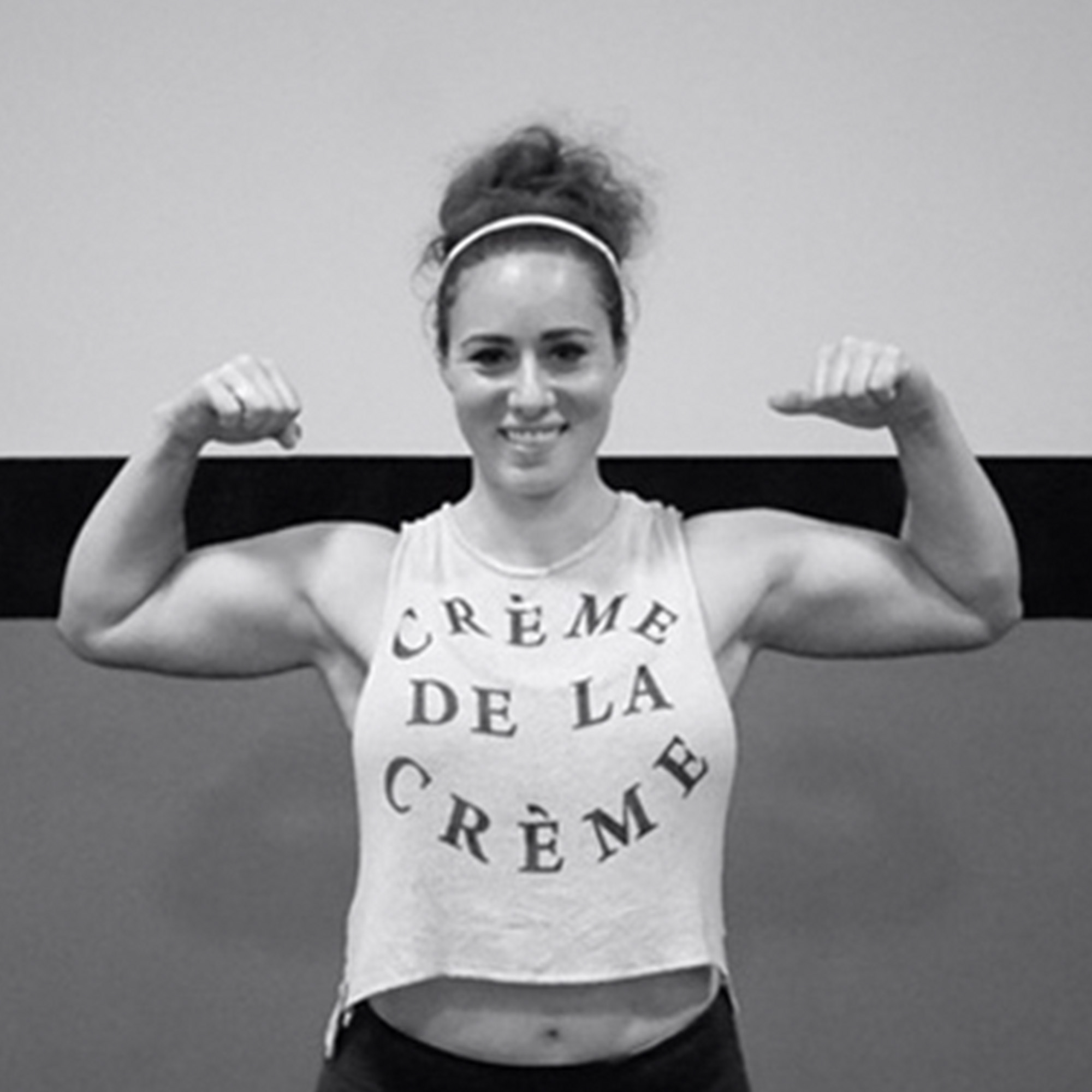 Will Lifting Make Me Bulky? By Natalie CostaArticles, Powerlifting 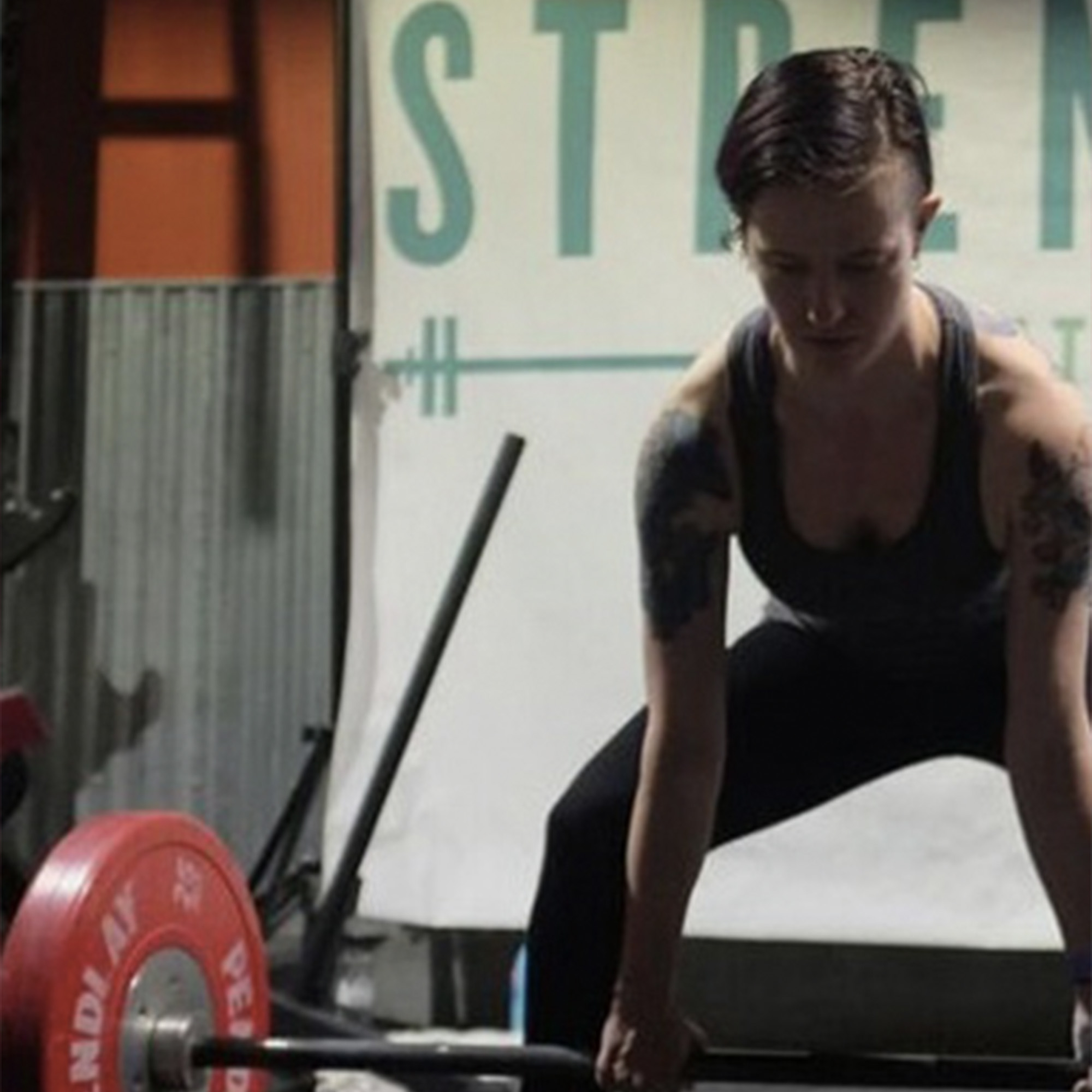