Breanna Diaz is a queer feminist lifter based in Washington D.C. and Co-Organizer for Pull for Pride, D.C. When she’s not lifting, she’s Legislative Counsel at the Human Rights Campaign attempting to PR LGBTQ rights and recognition.

DISCLAIMER: This interview was prepared or accomplished by Breanna Diaz in her personal capacity. The opinions expressed in this article are the interviewee’s own and do not reflect the view of the Human Rights Campaign.

A top priority for future pride events is to ensure they uplift and celebrate the LGBTQ community, and don’t exist just for the allies. As someone that’s aware of that being an underlying issue with what we see in pride in these recent years, I’m curious to hear your opinions.

Oh yeah, we definitely need to consider that for our future meets.  All I can speak on is our meet in D.C., because how am I supposed to know who’s lesbian, gay, bisexual, transgender, or queer (LGBTQ) without asking or attending every other meet? In D.C., I know most of the lifters were either openly queer or allies. However, a lot of the volunteers, refs, judges, etc., were overwhelmingly straight-identified, cisgender people. I personally, and in my capacity as a fundraiser, didn’t see that representation as a negative or as a problem.

Of course, I would love to meet and see more openly LGBTQ lifters participate in our future meets and leading them, but I still appreciate everyone non-LGBTQ identified who dedicated their time and energy to support our fundraiser for Casa Ruby. But, it was cool to see a lot of the crowd was queer. I could tell people were really excited to attend, it was such a good atmosphere, and some people left saying they were now interested in Crossfit or Powerlifting.

In my personal experience, I don’t know a lot of other LGBTQ powerlifters. I talk about powerlifting at work, I talk about it with my LGBTQ friends, but they don’t lift or have that interest AKA obsession, ha. At all of the gyms that I’ve been to, I haven’t really met a lot of openly LGBTQ lifters either, so I don’t know how to reach those people to come lift at an event if they don’t already lift and are aware of the Women’s Strength Coalition (WSC). But I’m willing to recruit! Overall, turnout and attendance for D.C. Pull for Pride did not come across as a “straight party for straight people.” I did not get that atmosphere at all. Go us.

One piece of criticism from an anonymous NYC lifter was that they didn’t feel that participants walked away with a good sense of the struggle of homeless LGBTQ youth, and that we raised money, but not awareness. I see that as a huge problem. I’d never ask you to solve of us wanting to find more community members to participate in our events, or pat us on the back for our efforts.

I want to know if you see that you particular piece of feedback (raising money, not awareness) with a lot pride events, and hear what you think we can do in the future to address that more.

That’s a valid criticism when you’re hosting fundraising events for an organization. You should bring forward the work of the organization you’re raising money for, what their mission is and why they are doing the work they lead, because it’s not enough just to raise money. People need to understand why we are raising money, be able to articulate what the issue is we want to remedy, and walk away knowing how they can be better advocates and/or allies. What are the factors that influence this outcome and what can we do to better understand and address this issue aside from attending one event and/or fundraising?

I totally get that criticism. So, how can we better utilize our events moving forward?

Maybe next year we should take breaks in between flights to talk about the organization we are raising money for, point out the infuriating and sad truth that LGBTQ youth make up almost half of the homeless youth population in the U.S., discuss the many factors that contribute to this reality, such as family rejection, culturally incompetent or even discriminatory child welfare services, school push out, and provide ways we can address it in our day to day life. Even having the organization’s staff speak on these topics would be ideal. Those are all things we can easily do and, hopefully, participants and attendees will walk away armed with the knowledge and a plan to address the issue in their personal lives.

Perhaps a good way to address it in the future would be to provide more education leading up to the event. We need to systemize the way we distribute information. It’s definitely a work in process.

I personally didn’t meet the two representatives from the Ali Forney Center that I was in communications with, my colleague interviewed them, but I could have gone and met with them and taken the time to learn more than I did. We could have done more.

That’s something I’ve learned with my job. You can do so much to plan and prepare for a particular event thinking you’ve covered it all perfectly, but afterwards you realize, I could have addressed this issue in a better way or maybe I could have done more here. Self-reflection is totally normal. We, at WSC, now know what worked, what didn’t work, and what we are going to try next year. Still, I want to say that I’m really proud of the meets and the work everyone did to get them going and to be as successful as they were. Always be critical and examine your work, but also acknowledge that what you did was meaningful!

Let’s take the attention away from the WSC’s past and future goals, and talk more about pride in general. How do you think that people can be true allies, vs going to an event once a year, or a party once a year? What do you think of the corporate participation with see in pride?

The ally question! For me, a “true ally” is not an identity or label, it’s a process.  It requires you to identify oppression, challenge it, own your privilege, and remain accountable to the LGBTQ community.

As to corporations, I am aware that members of our community have personal ethical dilemmas supporting any Pride with corporate ties.  That’s not to say that I don’t value and recognize how incredible it is to see corporations celebrate their LGBTQ staff and customers.  That is pretty powerful considering how toxic it was to celebrate let alone openly associate with LGBTQ people even 20-30 years ago.  By engaging with our community, corporations have taken meaningful steps to meet the needs of LGBTQ people such as providing nondiscrimination protections for LGBTQ employees–something a majority of states and at the federal level have yet to accomplish– and providing comprehensive healthcare.  Even so, I think it is important to hold corporations accountable now and in the future to the most marginalized members of the LGBTQ community.

Pride and the LGBTQ rights movement was started by trans women of color standing up to violent police raids. We cannot deny that, but that history isn’t always apparent at Pride. When members of the community bring up the lack of intersectionality in Pride today, people get resistent and tell them to stop making everything political. Many think Pride is just a party and that it’s not supposed to be political. But it is. Being queer, being openly queer, vocally queer, is a political statement.

I don’t think a lot of people are aware of that fact, because it takes a lot of work and self-education to understand the day-to-day struggles that still exist. It’s easier see national Pride events and think, “Oh, look how far this movement has come, Pride parades are happening everywhere, these corporations are all supporting LGBTQ people, isn’t this all wonderful.” It’s extremely important to have discussions and do our part to not just promote awareness, but change.

I agree that it is important. A lot of people think “there’s marriage equality, therefore everything is fine.” Part of the work is learning how to communicate with people who don’t see the problems: employment discrimination, housing discrimination, education discrimination, criminal justice reform, immigration reform, all across the board there’s still a lot of issues that disproportionately impact LGBTQ people, particularly LGBTQ people of color.  There’s so much that still needs to be discussed and adequately addressed, and a lot of Prides do try to do this.  We know Pride as the parade, but it is also full of events and workshops open to the public that touch on these issues. Maybe there could be more marketing for the events–kinda like what we discussed with our meets. I clearly don’t know the answer here, but we could do better.

I’ve always found in my own life with my straight-identified and cisgender friends, it’s pretty easy to have those conversations. To make it known that full LGBTQ rights and recongition hasn’t been acheived, there is a problem, that I still encounter homophobia, racism, and sexism. I’m going to identify it, explain what happened, why it happened to me, and what you can do as an ally to address it if you see it again in the future. I also just love talking about this stuff, so I make sure my friends and family are constantly aware of what is going on and what they can do to help.

There’s also so many incredible local, state, and national LGBTQ organizations that do great work that’s readily available, approachable, and even tells you what you can do to help! If you want to know more about LGBTQ issues, start there.

Some of that criticism to not understanding current issues that affect LGBTQ people is: “Well, if we don’t know about it, and if you’re not willing to tell us about it, and you’re not willing to do the emotional labor, then how are we ever going to learn?” The answer is, you should be doing the research on your own. These are issues that are discussed, it just might not be discussed in your immediate circle.

Totally. I’m fine engaging with people and making them aware of LGBTQ issues, but y’all need to make the effort on your own. Those with privilege need to do more work. It’s easy to say, “I support LGBTQ people,” but what are you really doing to support LGBTQ people? 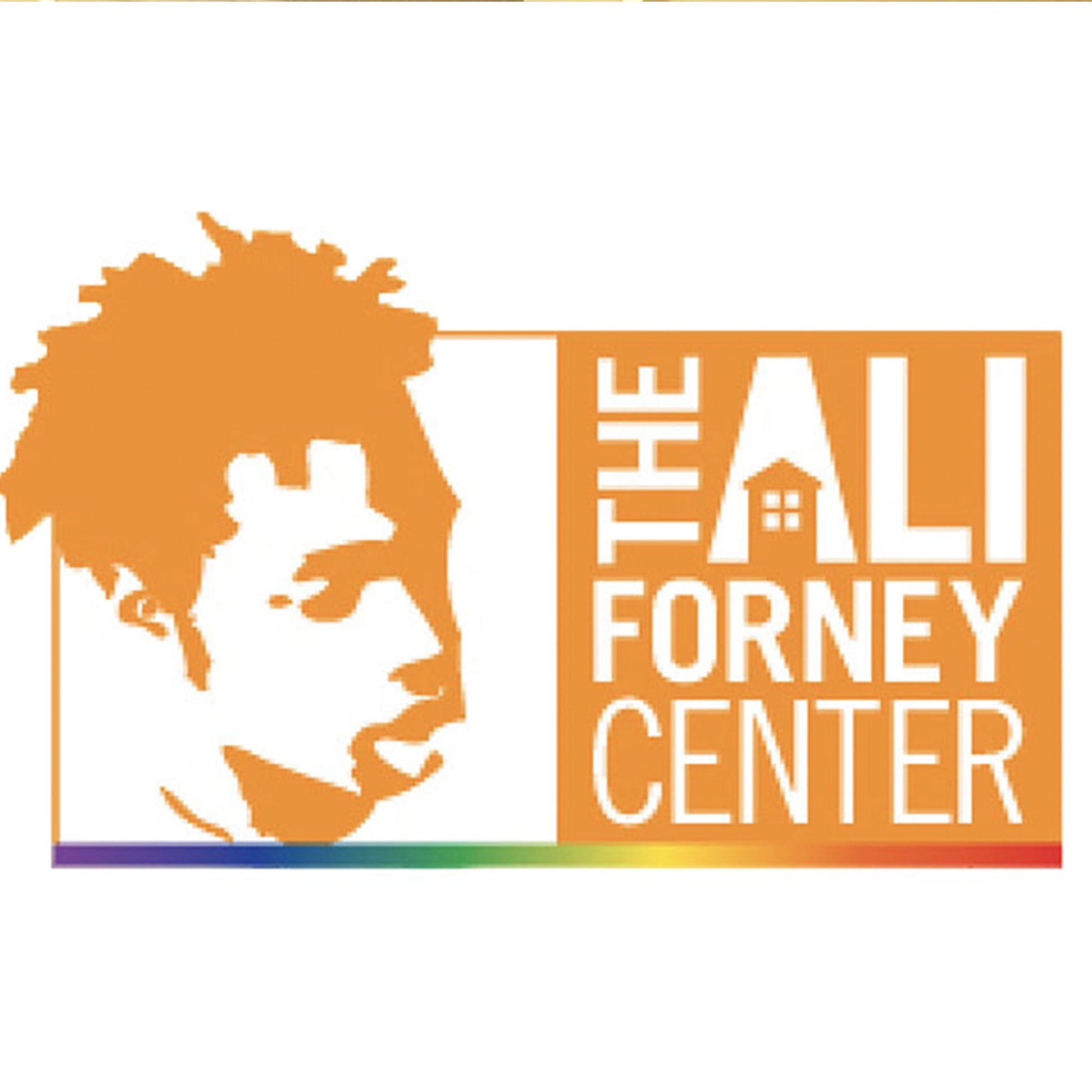 Kimberly Walford: Bracing, Injuries, and Believing in Your Own GoalsAthletes, Featured, Interviews