A lot of women may know you online through your instagram handle, @fresafuerte. Your love of lifting (and your dog) is really evident in the things you post. How did you get started? Were you always athletic?

I played sports my entire life, and then I stopped in High School and was fairly inactive for a few years. I had a friend who was into rock climbing who discovered CrossFit.  We would go to the park and he would tell me just to do the workouts of the day that were on the website. We’d push cars, and flip tires in mall parking lots and bring gymnastic rings to the local playground. We would find ‘Workouts of the Day’ on the CrossFit main site. We even made concrete plates to do deadlifts with.Then when I went to college in New York City, he suggested that I go to a black iron gym, and that I should start lifting. I started doing it and was hooked. It was really fun.

What about it was fun, and what caused you to stick with it?

I went to art school, and everything was so subjective. For the first time, I felt like I actually saw a steady progression. I got to see myself getting better at something each and every time I stepped into the gym. Weight is weight. It doesn’t care if you’re tired, it doesn’t care if you have to work all day, or if your partner dumped you. You are judged on how much you lift. I also enjoyed how it was competitive it was, but at the same time everyone was having fun. The community was awesome. I’ve made all my best relationships in the gym. I’ve made all my closest friends, including my partner, through the outstanding community. On top of that, I saw a change in my body for the first time.

How has your relationship to your body changed over the years? I recall a time where it seemed like the focus of your blog was getting smaller, would you say that that’s fair?

Yes, I focused on weight-loss for six months and then I realized I was too small. The past few years I’ve been gaining the weight back.

I don’t want to say losing the weight was a mistake. Everything is a journey, an opportunity to learn.  It definitely changed my body. I’ve gained it back, but I look completely different, so it probably was a necessary step at some point. I’m always training to be more muscular but appearance and composition has definitely become less of a priority.

I went to Nationals for powerlifting for the first time, and didn’t perform as well as I wanted to. I saw that all of the girls were so much bigger than me. In order to attain the muscular physique I desired, I had to become very small. Does that make sense?

Yes. As you were losing body fat, you thought you’d see the muscle development start to show sooner, but you lost weight, and didn’t have a lot of muscle.

Yes. I had some muscle, but I had to be 103lbs for it to show. Now I’m pushing 130lbs, and I’m not as lean, but I look  much muscular! That’s a 25lb difference. More importantly, I like the way I look now better. I also feel and look healthier as well as recover from hard sessions much faster.

How has your lifting improved since you started putting more weight on?

I couldn’t squat 225lbs back then. And I just did it for 12 reps during my last squat session . I’ve added almost 100lbs to my squat and my deadlift.

And over what period of time?

About a year and a half. My bench was about bodyweight, and recently I benched 170lbs for 2.

So yeah, I got a lot stronger.

Are you going to compete in Nationals this year?

Yes, and I’ll probably do a smaller meet near me before that just for fun. Whenever I say I don’t care about my performance at a meet, I always end up doing so much better. That’s why it’s important to do a lot of local meets and get comfortable performing in front of a crowd.

I remember a long time ago you ran Smolov for your squat. I have had conversations with people who also ran that program, added a bunch of weight to their squat, but then were unable to maintain those strength gains.

I did Smolov a couple of times because I was a little lost in my training . The first time it added around 20lbs, probably just from the frequency of squatting. It was the first time I actually ‘peaked’. I don’t think you have to run that specific program in order to add that amount of weight. Just squatting higher volume and getting more practice is what did it. When I ran it for a second time, it didn’t do anything. I found that my other lifts actually got worse because I didn’t have the time or energy to practice them.

When you ran the program the second time, had you currently been squatting at a higher frequency, as opposed to when you ran it the first time?

Yes, I ran it back to back. [laughs] Which was maybe not smart.

How much were you eating back then?

I was eating a lot! I was eating whatever I could eat. I would get pastries and doughnuts every time I was lifted, I was really hungry. If there was food I would eat it.

What’s your programming like now? Do you have a coach, or are you your own coach?

After I ran Smolov a couple of times, I started working with Chad Wesley Smith. I hired him to help me with Nationals. I’d cut weight, but didn’t tell anyone. I tried to keep myself in the 52s, so I didn’t do that well.

I kept working with him. The way he programs is pretty basic but very effective. Each training block builds on the previous one. We started with hypertrophy, strength, and then peaking. Then I did another meet, and I did really well. In the past year and a half I’ve added about 100 kilos to my total. Thats over 200 pounds! I’m still working with him.

What has helped the most is the hypertrophy cycle and using lighter weights, so I can focus on technique. My technique wasn’t always the best, and with Smolov, the volume is so heavy. If you have bad technique, you’ll be drilling in that bad form over and over. It ends up not helping you that much.

If you decide to take the weight down and train like a bodybuilder for a month, it can really help you. I just started another hypertrophy cycle and love it.

I don’t know what the first program you ever did was, but I’m going to assume it was something like Starting Strength, or 3×5 or 5×5?

Yes. The first program I was introduced to was Starting Strength.

I wish I started just doing bodybuilding. I see girls who have, and their squats are just so much better. And they’re strong! Even though I played sports, I didn’t have a lot of muscle. So I think if I would have focused on building muscle for a while, it would have built a better foundation.

Hypertrophy is especially important for women, because women usually don’t have as much muscle starting out. We don’t grow up doing hundreds of push-ups in our bedrooms. Isolation movements have helped me a lot.

A lot of glute and quad work has helped my squat. I have been doing glute bridges with body weight, one-legged RDLs, and I just added tempo air squats.

I’ve only been doing the air squats for three weeks, but it’s helped so much. The blood you get in your legs is crazy, it really burns. I’ve seen growth that way, just focusing on tempo and technique with bodyweight movements.

I don’t have a ton of machines, but I wish I had a leg press. The leg press is my favorite.

Any other unilateral work other than the single-leg romanian deadlift and glute bridge?

Both. Focusing on getting full extension and jumping really high. I’ve also seen my muscles grow from that.

You teach yoga as well, correct?

I’d like to start again. People are more open to being helped in a yoga class. When I teach Crossfit, sometimes trainees have the idea that they have to be super intense all the time and they aren’t as receptive to being helped. I like showing people how to move better.

What postures, if any, would you say would be good for a female powerlifter to incorporate if she wanted to improve mobility and strength?

Standing postures are great, especially ones that require balance. You don’t have to do anything fancy. The basic standing poses are really hard if you do them correctly. Ardha Chandrasana, or half moon, is a fantastic pose for bringing awareness to balance as well as strengthening the hips. It looks easy, but if you do it correctly, requires a great deal of stability and strength. It’s one of my favorites.

Is there anything that you would tell someone new to  powerlifting, that you wish you would have known as a beginner?

If you miss reps in training, it doesn’t matter that much. I used to get angry but there’s no reason to get bent out of shape . You’re there to have fun – and to better yourself. If you enjoy training and you keep going, you’re going to get better.

I do wish that I hadn’t fallen into the Starting Strength cult of believing that machines were stupid and you didn’t have to do much accessory work. You should welcome the accessory work. If you have the energy, then just do it. Doing some box jumps after a workout isn’t going to take away your gains! I know Starting Strength is selling an idea, so they have to stick to that, but you can grab from multiple perspectives. Not one person is right. You should always be looking to learn new things. Some will work, some won’t but you need to seek out what works for you.

How would you say that powerlifting, and specifically your ability to see your progress in a literal vs. conceptual way, has affected your life?

I started to realize that if I set my mind to something it, I can accomplish it. If you set up goals, step-by-step you will get better. Everything has a progression, even if it’s not as black and white as adding more weight to the bar. You can take that and apply it to anything.

Any big goals you’re shooting for in the future?

I do want to work on growing my personal training and coaching business. I have a lot of business goals that I’ve put on the back burner because I’ve been training so hard, I want to teach more yoga, and I recently started a youtube channel. It’s been great to use my creative energy again to produce content in a way that can help people!

How can people find you if they want to hire you as a coach?

Online, through social media, or direct through my website! 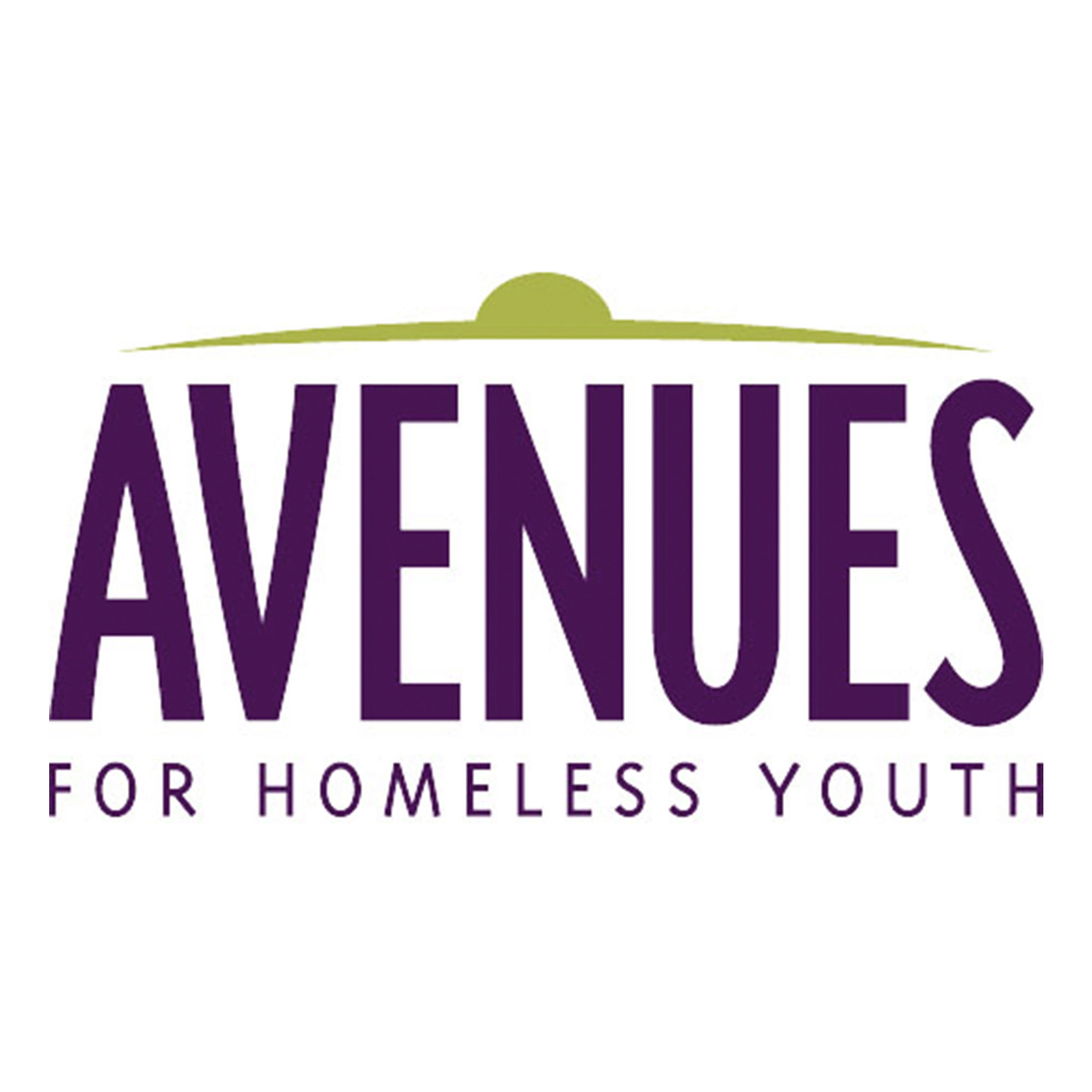