Hi Leah! To start, what is your biological age & training age?

I’m 23-years-old, so, I’m almost aged out of the Juniors Division, sadly. I have been lifting weights for three years, and strict powerlifting for eight months.

What made you start lifting weights?

At first, I was working with a personal trainer, because I wanted to be in “better shape.” He introduced me to squatting and deadlifting, but no benching. I was very focused on building my lower body. I was training for aesthetics at that point. Then I decided I wanted to do a figure competition and started working with a bodybuilding coach. I got back into old bad habits training for figure.

So, I decided that I wanted to be strong, as opposed to just look good. And not strong just in general, or “for a girl,” but overall strong, for anybody.

When I was fourteen, I almost died from an eating disorder. I had anorexia nervosa and I was a week away from being hospitalized. Then I chose to get better.

I found a lot of comfort in bodybuilding initially, because I was all about tracking every macro and tracking my calories. I had this goal in mind. Then I started getting closer to my competition date. I was doing two hours of cardio a day, eating 200 grams of protein, 200 grams of carbs, and 42 grams of fat a day. Those macros don’t make sense for someone between 145 and 155 pounds. That’s not safe.

Are you still working with the same coach?

No! Now I’m working with Stacy Burr. She’s currently the 148lb world record holder for the squat. She squatted 435lbs in sleeves at IPL Worlds.

I’d been following her on Instagram since I started lifting, and she was the first girl I ever saw on social media that made me think: “I want to look like that. I want to be strong. That’s badass.” I had started to shift my perspective mentally and psychologically.

I reached out to her after I did my first meet because I wanted a really solid coach who knew what she was doing. She has a bachelor’s in exercise physiology and since I am a massage therapist, I’m very focused on anatomy, so I knew she’d be able to understand and help me. I’m really happy with her coaching.

How do you feel, physically and mentally, now?

Physically I feel great. I like how I look now. Being able to deadlift over 300 pounds is just the best feeling in the world. Training is a meditation. I can’t think about anything else when I’m in the weightroom. My body feels good, and nothing beats feeling strong.

I want to use powerlifting as a platform to be this beacon of light to women who still suffer with eating disorders or body image. To me, powerlifting is not just a sport. It’s a community, and it’s a way to reach people.

Powerlifters are simultaneously the most intimidating-looking people, and the way we train is so fierce and crazy, but we’re the nicest people.

Right. I think there’s definitely good and bad sides to the sport, and I’m glad that you’re so able to see the really good side of it. What would you tell the old version of you about getting started in the weightroom?

Girls ask me this all the time. How do I start? Wear headphones, for sure. Always wear humongous headphones. The biggest ones you can possible find. Guys will try to talk to you, and it’s always your first day! Your first day solo without your trainer, or without your friend, and you really just want to turn around and go back… Someone will try to tell you that you’re doing something wrong, or ask for your number, or give you some tip that’s unbelievably condescending…

You can’t indulge it all. I used to do that! I’d play along and be nice. You can’t. You have to tell them: “I know what I’m doing,” or, “I don’t want your help, thanks!” Stick to yourself, don’t worry about what other people are doing.

9 out of 10 times I think that women aren’t eating enough. They think they can get stronger and get smaller, on a 1200 calorie diet. My right asscheek eats 1200 calories for breakfast. There’s that saying, “Lift big, eat big,” for a reason. You’re going to expend a lot of calories, and you have to replenish your body so that you can continue to train really hard.

How do you get there? Well, it’s really a process. It’s baby steps so that you don’t go back to negative behavior. You eat a little more every day, maybe you eat pretty clean if you’re not used to the volume of it at first so that you still feel “healthy.” Then maybe you can eat with abandon after a while.

To me, it gets to a point in this sport where you have to choose aesthetics or strength. I was deadset at always competing at 148, and my next meet, I’m going to compete in the 165 class.

Powerlifting is so effective for people that want to see their body change in some way. Cutting or bulking, or just getting visible musculature. It’s just such a high demand on the central nervous system. Powerlifting has helped me stop having such an emotional attachment to the number on the scale. I used to care so much about the number on the scale going down, and part of me knows that to get stronger, it just has to go up.

That’s why my coach Stacy is so awesome. She really encourages me to eat! It’s such a supportive sport in that way! You’re not going to find that in dance, or running, or in yoga.

People ask me about my diet. They ask, “How do I count macros?” and “What should I be eating?” and “Brown rice vs. white rice?” and I just tell people, “Listen, if you want to lose weight, I can help you do that. But I really believe counting everything you eat isn’t the answer.”

I eat whatever I want. And I’m happy. You know? I squat twice body weight and then I go to Shake Shack. 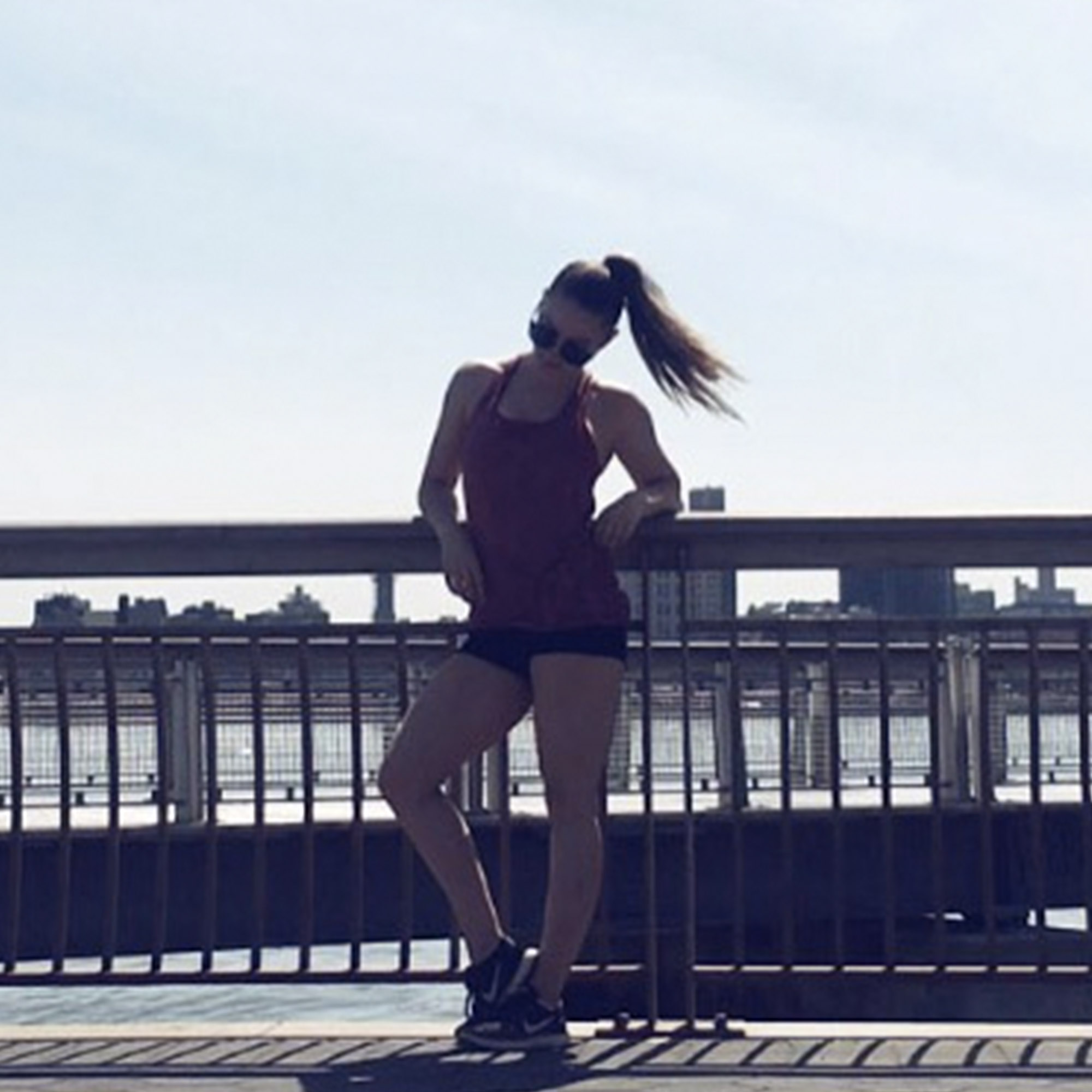 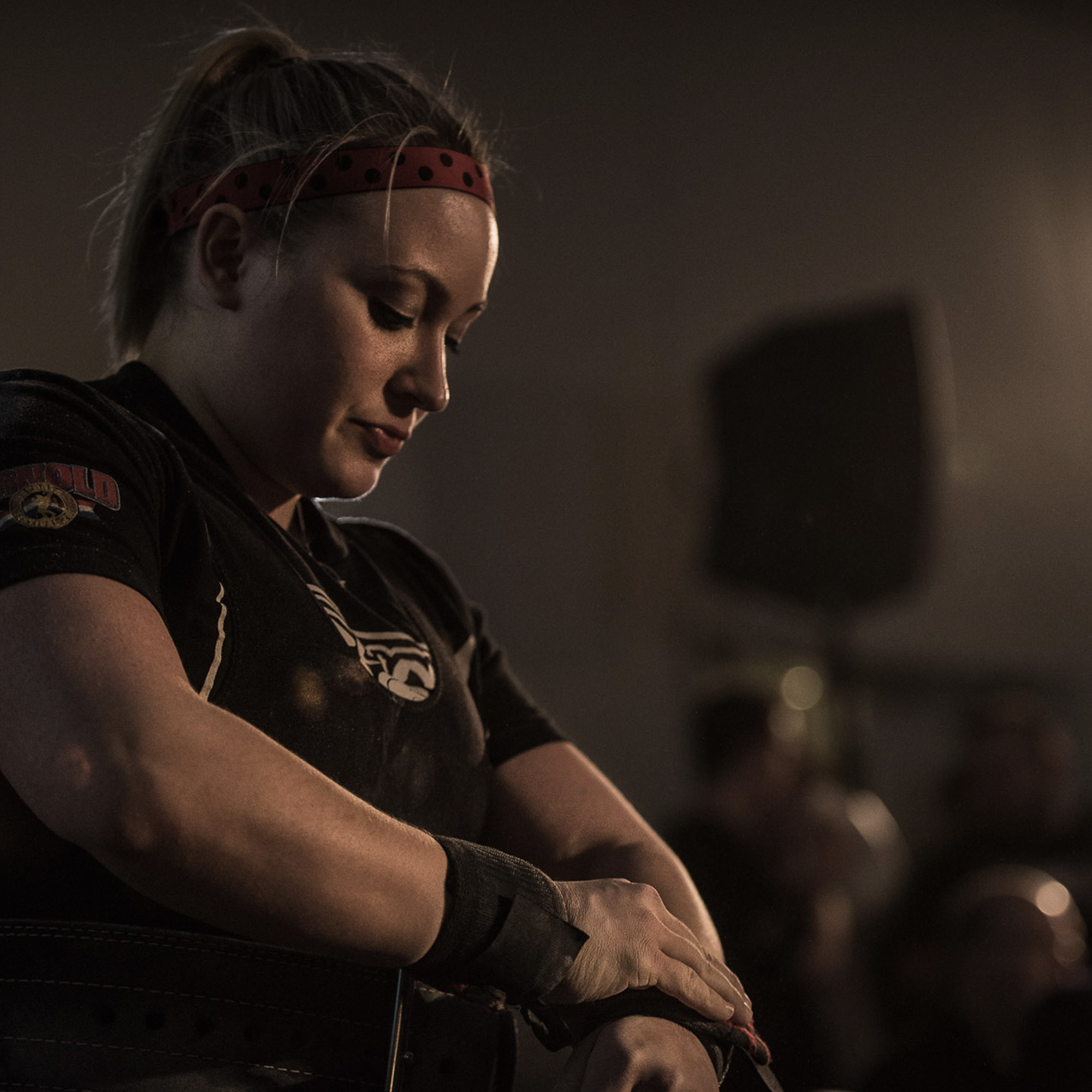