Kortney Olson  is the founder of GRRRL, an athletic clothing company. So-called “lifestyle brands” proliferate Instagram, but a closer look reveals that there is more to GRRRL than fitted spandex and upbeat messages emblazoned on tees and tank tops.

When I started interviewing Kortney, we barely got through introductory pleasantries before she was asking about me and my story. She is charismatic and bright, eager to listen and offer advice. Having just spent three hours working with a recovering addict through the 12 steps, she effortlessly transitions to brainstorming ways to grow WSC.

Kortney’s passion for her work is electric, but that passion comes from a dark place. A former addict, Kortney overcame her addiction with the help of lifting (and recovery, of course), and has spent much of her life working to help others avoid addiction and other forms self harm. Still, after 8 years, she is working harder than ever to remain sober. “The longer you stay sober, the more you need to be involved. The insanity of being an alcoholic is you forget how bad it got.“

The Beginning of GRRRL

Feeling a strong desire to help others struggling with addiction, Kortney channeled her energy into Kamp Konfidence, a nonprofit founded by Kortney and her partners in Australia in 2013. The program, designed for teenage girls, “was a two-day, two-night wellness camp, to teach them the five habits, tools, and principles that lead to the development of self love.” The retreat served in part to combat the tendency of girls to be cruel to each other in their High School years, and to teach them that “sisterhood,” according to Kortney, “is how we are going to get ahead.”

“We would spend the weekend with about ten girls who were self harming, or had eating disorders, or a history of drug abuse… You name it. They had seriously low self esteem. When they left the camp, they had 8 to 10 new best friends. At Kamp Konfidence, we had girls take a pledge. “We will be non judgemental towards ourselves, as well as other females. We will do our best to realize we are equal amongst our peers, and are neither better than or less than…” After they took the pledge, they’d get a little rubber bracelet that said “konfidence” on it. Eventually, girls would start to notice each other out on the street, and know that they were each other’s sister. They came from the same mentality.”

When Kortney’s partner became pregnant, she decided to shift the mission and the vision of the nonprofit into a clothing line. “I’d always toyed around with the idea of putting powerful messages on clothing, and it just kind of happened.” Similar to the little rubber bracelets given out at Kamp Konfidence, “the clothes are just a way for women to identify each other. The clothing is boring. It’s fashion. Being in the clothing industry is not anything exciting for me. It’s truly just the flag we fly.”

Kortney operates on the core belief that women are socialized to view each other as competition, and that this holds us back as a gender. Her passion for unity is palpable, and informs everything GRRRL creates. “Women are already waking up to these issues,” she told me. “We’re just leading the movement, and we’re coming out guns blazing.” To her, the clothes are merely a vehicle to present the value of sisterhood and solidarity with other women around the world.

A large part of GRRRL is the community they are cultivating, both in-person and online. The GRRRL Facebook group has amassed over 6,000 members in the two years it’s been public. The same pledge that the teenage girls took at Kamp Konfidence is translated into a memo one has to read and agree upon before being allowed to post: “We exist to EMPOWER, SUPPORT & UNITE as GRRRLS. This is our purpose. We do not believe in division or labels of any kind. Except that we are Women. […] Our first obligation is to UNITE TOGETHER.”

“The group is based on that pledge [from Kamp Konfidence]. It doesn’t matter who you are. […] In order for us to make it out there, we have to make it in here first.”

The same pledge also ended up going on the GRRRL hang tags, which also have blank space for a woman to write in a compliment and hand it off to another woman. “If we can’t love each other, we’re not going to get ahead,” Kortney tells me.

It’s about encouraging women to love each other, but also about teaching women to love themselves, and breaking free of other dangerous mindsets that hold women back and keep them from becoming their best selves. A large mission of GRRRL is body acceptance, and the brand is staunchly anti-photoshop. From their website:

We will NEVER ever photoshop images of our athletes or models in our advertising or on our website. Whilst we may photoshop a tag sticking out or put a logo on a background – we will NEVER EVER airbrush, photoshop or otherwise manipulate what other companies and media outlets see as “imperfections”. Women are perfection already. Period. We believe women have more important things to worry about than conforming to media stereotypes of what they should or should NOT look like. For too long the fashion industry has misled women about how other women look. Our athletes come from all walks of life and represent everything that is powerful and amazing about female beauty. And we will never resort to using computer programs to make them look different, just so we can sell a few more T shirts or pairs of pants.

“We hate our bodies so much,” Kortney says, “That we get trapped in a prison of self pity. We can’t see past our own face, our own legs, our own stomachs. It’s a direct result of mainstream fashion brands using a body type that is representative of 5% of women across the world. They falsify every single piece of advertising and media that comes out with photoshop and airbrushing. So when we see cellulite, dimples, wrinkles on our own bodies, we think that something is wrong with us. Then bang, we’re right back into that cycle. We want to cut ourselves, we want to make ourselves purge, drink ourselves into oblivion, or take a pill… anything. We want to do anything to change the way that we feel about ourselves, because we can’t fucking stand to be in our own skin. How can we expect to be at our best when we are so busy fearing we look our worst? We don’t have enough capacity in our brain.”

As she speaks, I think back to my own years struggling with an eating disorder. It’s true: it often felt as if there wasn’t space in my brain for anything else other than the cyclical, hateful thought spirals that prevented me from doing anything productive or worthwhile.

“It’s obsessive,” She continues. “That’s the thing about addiction, whether it’s drugs, alcohol, or an eating disorder. These addictions are just ways we have tried to cope.”

Kortney also believes in the transformative nature of real-life experiences, which is why she organized GRRRL Live, an event meant to bring together women to have conversations and learn from each other in person. “We want to give women the opportunity to come together as a community. Online, that’s great, you know?

But it’s not real life. At least you and I, we’re making eye contact right now. We can see each other’s body language, hear our pitch, our tone, our cadence of speech… but online it’s hard to get into important conversations.”

Last year’s GRRRL Live event practically put the company out of business. She laughs as she tells me that despite the financial loss, “We’re doing it again though next year, because we want to give women the tools in person.”

She also admits to wanting to learn from others in person on topics such as intersectional feminism. “It’s a humbling experience to admit you don’t know shit. It’s been an awakening process for me, and it’s a massive gap that needs to be bridged. Women of color are tired of babysitting us white women. They’re tired of using their energy to help us understand… but at the same time, there are those of us that do need some help. We need to find the balance. […] As a brand, we always go back to the mission. Our vision is a global sisterhood. We can’t have a global sisterhood if we don’t have black women, latina women, muslim women, trans women represented. It’d be hypocritical to say, “we’re the GRRRL army,” if we’re just a bunch of white women.”

“Focus on the things the matter.” Recently, she explains, she launched a social media campaign with the help of her huge online following, to respond to the Stratford principal who said that leggings should only be worn by women who are a size 0 or 2. Kortney asked readers to don their GRRRL leggings and throw a middle finger to the camera. The barrage of posts caught the eye of website Scary Mommy, and GRRRL was given a feature post. “It was quite a journey to make that happen!” she proclaims, then goes on to say that once she saw some negative comments, her heart sank. “It was the straw that broke the camel’s back. I balled.”

Looking back on the experience, she states that it was clearly an overreaction. There were plenty of other more positive comments in the thread, but it was as if her brain was trained to focus on the negative. “If I were to give you four compliments right now,” which she then proceeded to do, listing several nice things about the features of my face and my flowing hair (thanks, girl), “But then also tell you; your desk is an eye sore. You should clean it up before interviewing people… What are you going to remember? What will you focus on? All of the nice things I said about you, or the fact that I told you your desk was messy?”

She likens it to obsessing over a nobody-Instagram troll who pops on your feed to correct your deadlift form. Even among a dozen other comments cheering you on or complimenting you, that one negative remark can really get under your skin and become the focal point.

“It’s really easy to lose sight of what you’re doing and get focused in on all the bullshit. All the red tape. Not having enough money. Feeling like you don’t have enough of an education. Or, that one customer that doesn’t like something. You can’t let that stop you from doing what you’re doing.”

Take Care of Yourself

“Visualize what you want the end results to be, and change your verbiage along the way. Your subconscious is so powerful that whatever you’re telling yourself verbally, and whatever you’re telling other people, is what you’re creating.” For Kortney, life is a process, and what she says next reminds me of advice given to so many lifters who compare themselves to others and worry that they should be stronger or making faster progress, “Don’t try to control every single little outcome, or think you’re not doing it fast enough, cause it’s just a journey. “

In life as in lifting, it’s important to have trusted, positive people around you, “Stay focused on the people that are aligned with your vision, your mission, your goals. Be selective about the people you hang out with. We become the five people we hang out with the most. Be selective about who you give your energy to. Cut the negative people out of your life. Stay focused on the things that matter. If you’re not taking care of yourself, you can’t live 100%. And the world deserves you at 100%.” 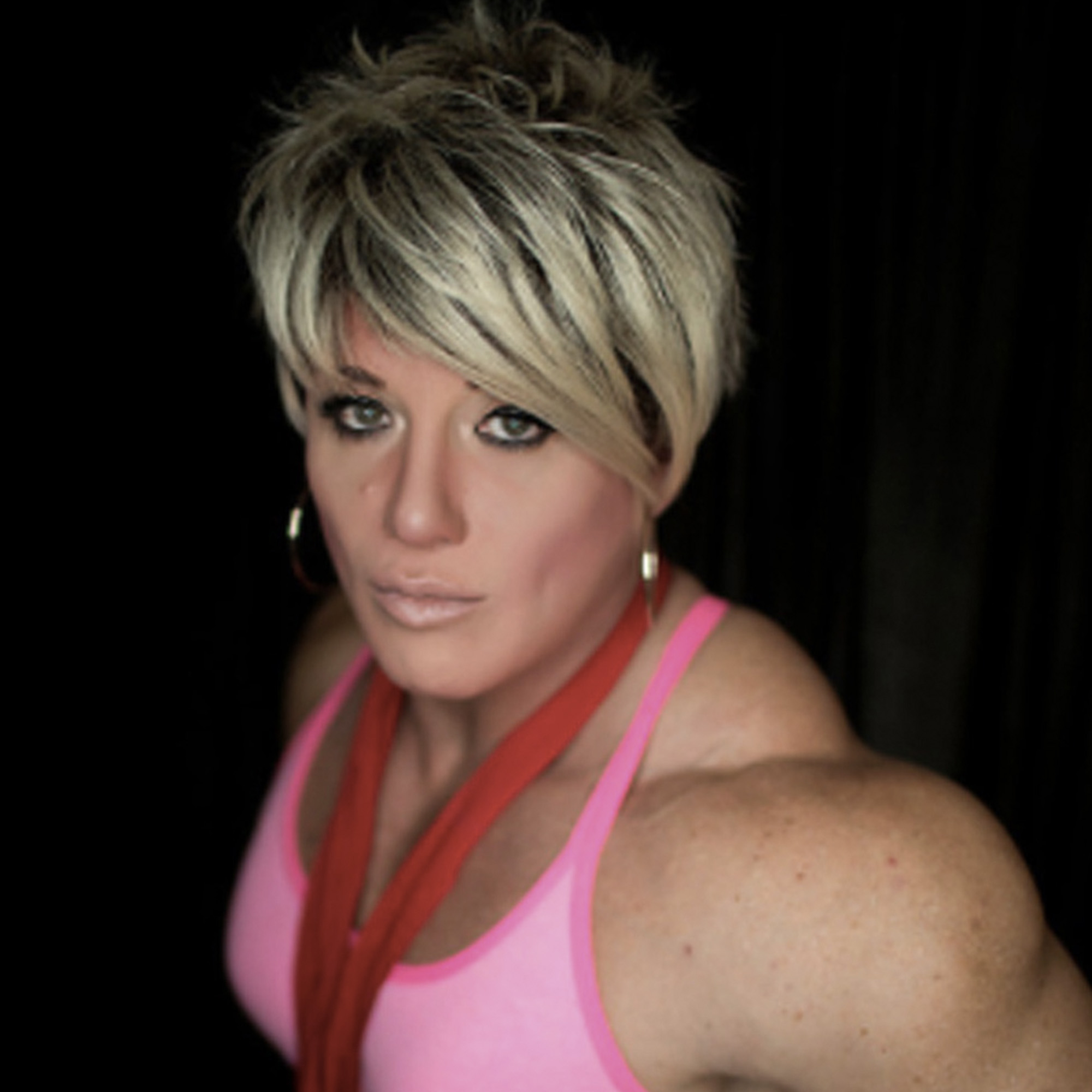 Janae Marie Kroc: All Anyone Is Asking For Is EqualityFeatured, Interviews 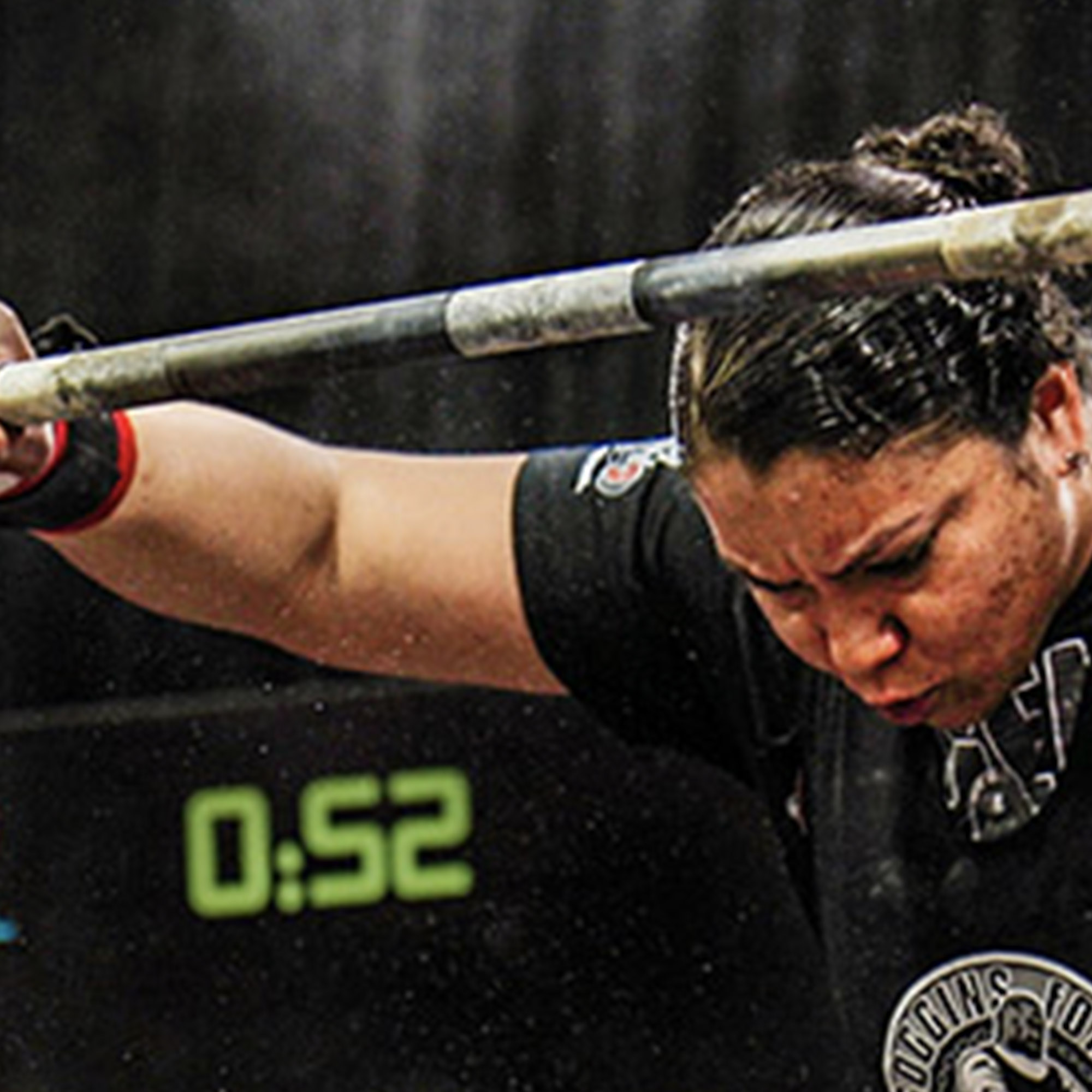