By Women's Strength Coalition
May 15, 2018
My name is Holly Crane. My graduate school research focused on the sociology of sport and physical activity, and the gendered behavior patterns that exist in physical activity spaces, like the gym. My goal as a coach and a trainer is to demystify the weight room for girls and women, teaching them that they, too, belong in this space.

*A quick note on language. Much of the terminology in this post (male/man/female/woman) is cis-centric. It is important to recognize that language is a key way that binaries of sex and gender are reinforced. I use such language in this particular article as a way to discuss a specific (cis) population that is affected by the meanings we ascribe to male and female strength as a culture. However, there are many more types of identities at stake here, many of whom are rendered invisible when discussions are limited to male versus female language. This is something I plan to address in further articles.*

Part 4 is here! This is the final installment of my four part series on gender in the gym. In Part 1, I introduced the concept of the gender binary and how it plays out in gym spaces. Part 2 included a discussion of our assumptions about male and female strength and how concepts we assume to be “natural” are often anything but. Part 3 covered the limiting effects of culturally reinforced standards of female beauty. For this final installment, I’ll be touching on the gym itself and how gender constructs have been historically and culturally woven into this physical space.

Gyms are everywhere. They range from overpriced and exclusive fitness clubs, dirt-cheap and straight up dirty garage style gyms, and everything in between. And no matter which gym you choose, you’re likely to notice something very particular about the occupation of space within it. Women tend to congregate in the cardio and aerobics spaces while the weight room is typically filled with dudes. It’s not like there are signs by the barbells that say “No Girls Allowed,” but in some spaces, there may as well be. And, in most gyms, any other form of gender identity is just plain invisible. (Note: This is not universal. CrossFit gyms, for example, merit their own discussion. But the vast majority of gym-goers frequent large, chain style gyms where this phenomenon is widespread).

This gender separation is often something we take for granted. We might grumble about it or take note of it in some small way, but it is generally taken as a foregone conclusion that men occupy the gym floor and women stay on the cardio machines. Often, the specific use patterns in gyms are actually used as evidence for differences between men and women. See! Men are naturally inclined to lift weights while women are more likely to go take a group fitness class!

But Parts 1-3 remind us that things that get classified as “natural” often have less to do with biology and more to do with social and cultural norms. For example, media messaging has taught women that the “ideal” female body looks a very particular way: small, lean, and generally contained (See Part 3). What is the weight room filled with? A bunch of stuff specifically designed to make you bigger. Logic tells us that in order to obtain the ideal female body, we must NOT engage with the kind of exercises that take place in the weight room.

We also know that men are perceived as “naturally” stronger than women, with some sort of biological affinity for picking up heavy things (See Part 2). It follows that men who feel they fit this description are at home in the weight room. Women, culturally perceived as weaker and less interested in things like muscle, are more likely to feel like intruders there.

All of this contributes to an overall sense of spatial entitlement in which conforming men feel that they not only belong in the weight room but also have ownership over it. Nonconforming identities, on the other hand, feel left out, unsure, and inadequate.

This feeling of inadequacy often manifests itself as the fear of looking stupid. Many women have expressed this fear to me. People will see that I don’t know what I’m doing! So instead of lifting in the middle of the weight room, they hide in the aerobics studio, avoid the gym when it’s crowded (which often means skipping it altogether), or retreat to the cardio machines. And it’s not just women who do this. It’s anyone who isn’t a strong, muscular cis-dude. This includes non-binary folks, cis-men who aren’t particularly strong or athletic, and anyone who is frightened of being judged or scrutinized in the gym.

But I’m gonna let you in on a little secret. There are SO MANY dudes in the gym who have literally no idea what they are doing. And these are always the people who either (a) try to tell me what I should be doing; or (b) happily do some sort of fitness bro bullshit without a care in the world. Usually it’s both. Certain types of men are inoculated against the fear of judgment in the gym because they have been consistently reassured that they are naturally good at this. Even when they really clearly aren’t. (I’m looking at you Don Trump Jr.)

These cultural elements aren’t the only reasons why the gym can be a hostile space for so many people. The gym itself has a set of specific characteristics that contribute to this phenomenon. One is the historical context of the gym and the other is the physical layout of most gym spaces.

Modern fitness culture is rooted in all-male institutions. Gyms stretching from the ancient Greek gymnasium to the mid twentieth century bodybuilding gyms were devoted exclusively to weight lifting – and exclusively to men. This means that gyms were all-male spaces for two millennia, while women have had around 200 gym going years, give or take a decade or so. That’s a long time, folks.

And over this 2,000+ year period of dudes, dudes, and more dudes, gym culture percolated. Things like iron, sweat, loud noises, and deep grunts – which are inherently genderless – became associated with masculinity to such an extent that they are now seen as the purview of men alone. For a woman to make noise, take up space, sweat through her shirt and throw weights around is seen as strange and sometimes threatening. And for a man to NOT (or not want to) do these things is equally strange. Very few people win in this scenario.

Along with having this historically masculine baggage, most gyms are set up in ways that further reinforce the gendered aspect of the space. Most weight rooms are in central areas, easily visible from all other angles in the gym. Basically, they are fishbowls. Whatever you do in the weight room, chances are that other people can see it.

So here’s where I get to insert an extremely nerdy metaphor. (Once a comparative literature major, always a comparative literature major). Let me introduce you to the panopticon. (Here’s the Wikipedia page, because I am filled with scholarly integrity). Basically, this 18th century white dude named Jeremy Bentham developed a prison type structure in which a single guard could see all the inmates at once, without the inmates being able to see the guard. The prisoners were therefore unable to determine whether or not they were being watched.  The idea here is that the threat of surveillance is just as effective a form of discipline as the actual kind.

What does this have to do with anything? Stay with me here. In the late 20th century, the French philosopher Michel Foucault (beloved by nerds and frequently cited by white dudes trying to mansplain shit in liberal art schools) used the physical structure of the panopticon as a metaphor for the power of modern “disciplinary societies.” Within this system, where the threat of being watched or judged is pervasive, people are much less likely to do things that are considered outside the norm of society. And in a society that so highly values the gender binary, this panoptic arrangement would greatly discourage any transgression of that binary.

Pan back to the weight room fishbowl. The gym is a pretty perfect panopticon. The weight room is almost always set up in such a way that it can be seen from everywhere. Folks in this space are often hyperaware of who could be watching. This can lead to a fear of being sexualized, scrutinized, misgendered, threatened, or judged for engaging in activities that do not fit within the confines of the gender binary.

So. To recap. Not only is weight room use influenced by a society that associates smallness with “ideal femininity” and strength with masculinity, it is also deeply tied to our fears of being perceived as wrong or different in some way. These are some really strong barriers to participation! And the thing that makes them so strong is that they are subtle. These constructs are written into our social fabric to such an extent that it makes them hard to see and even harder to talk about.

We can’t change the historical context of the gym. And it’s going to be a long, hard road to changing our cultural conversation around things like the gender binary, body diversity, and “ideal femininity.” (Although we have already started down that particular road!) But what we can do right now is to think more critically about things we often take for granted.

That feeling that you get in the gym, sometimes? The one where you feel sort of embarrassed or small or invisible or hypervisible? You’re not crazy. That is real. And recognizing the validity of that feeling is the first step towards taking ownership of it.

That feeling has never really left me. I spend most of my time in gyms. I have a Master’s Degree, a training certification, and a strength coaching certification. I am strong and capable and I know how to work basically any piece of gym equipment I come across. But I still feel it. The eyes on the back of my neck. The concern about where my ass is pointing when I’m deadlifting. The subtle comments. The constant awareness of just how many more men than women are in the space with me. This feeling influences my behavior to this day. But it doesn’t stop me anymore.

And that’s what I want to impart to all of you.

If you do not subscribe to this narrow model of masculinity or if you have internalized your “less than” role within the gender binary, the gym can be a really hard space to exist in. But if you value strength and movement and if you truly want to feel more comfortable in the weight room, then you belong there. Plain and simple.

I encourage you to experiment with how you might take ownership of the space. Go with a buddy. Hire a trainer, if you have the means. Do research on lifting techniques online. Encourage your friends. Wear a dope feminist t-shirt. Listen to music that makes you feel like a rock star. Build a community of gym-goers who lift you up. Find a WSC affiliate gym (we are developing our standards now)! You have so many options to express your strength and power. Go find ‘em. 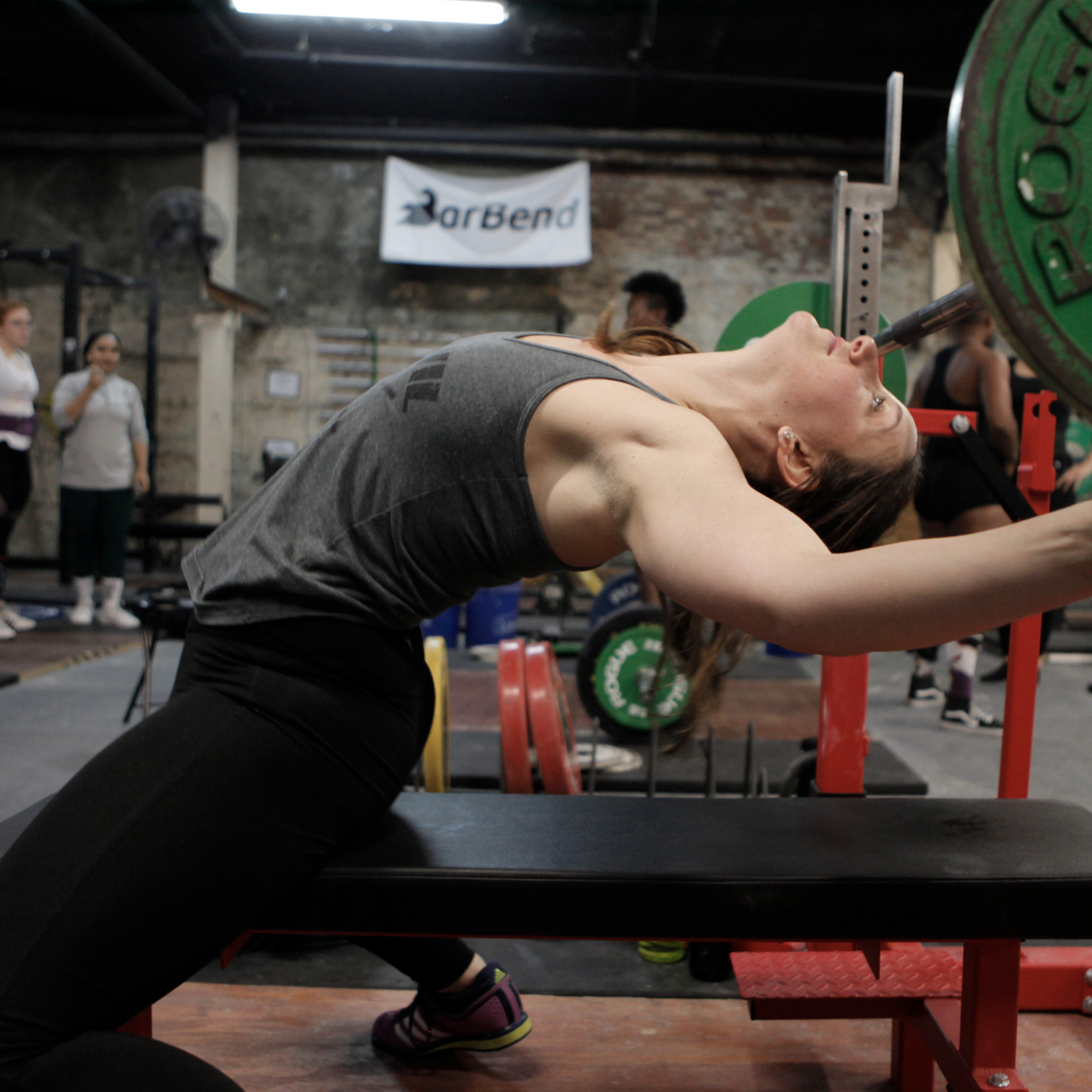 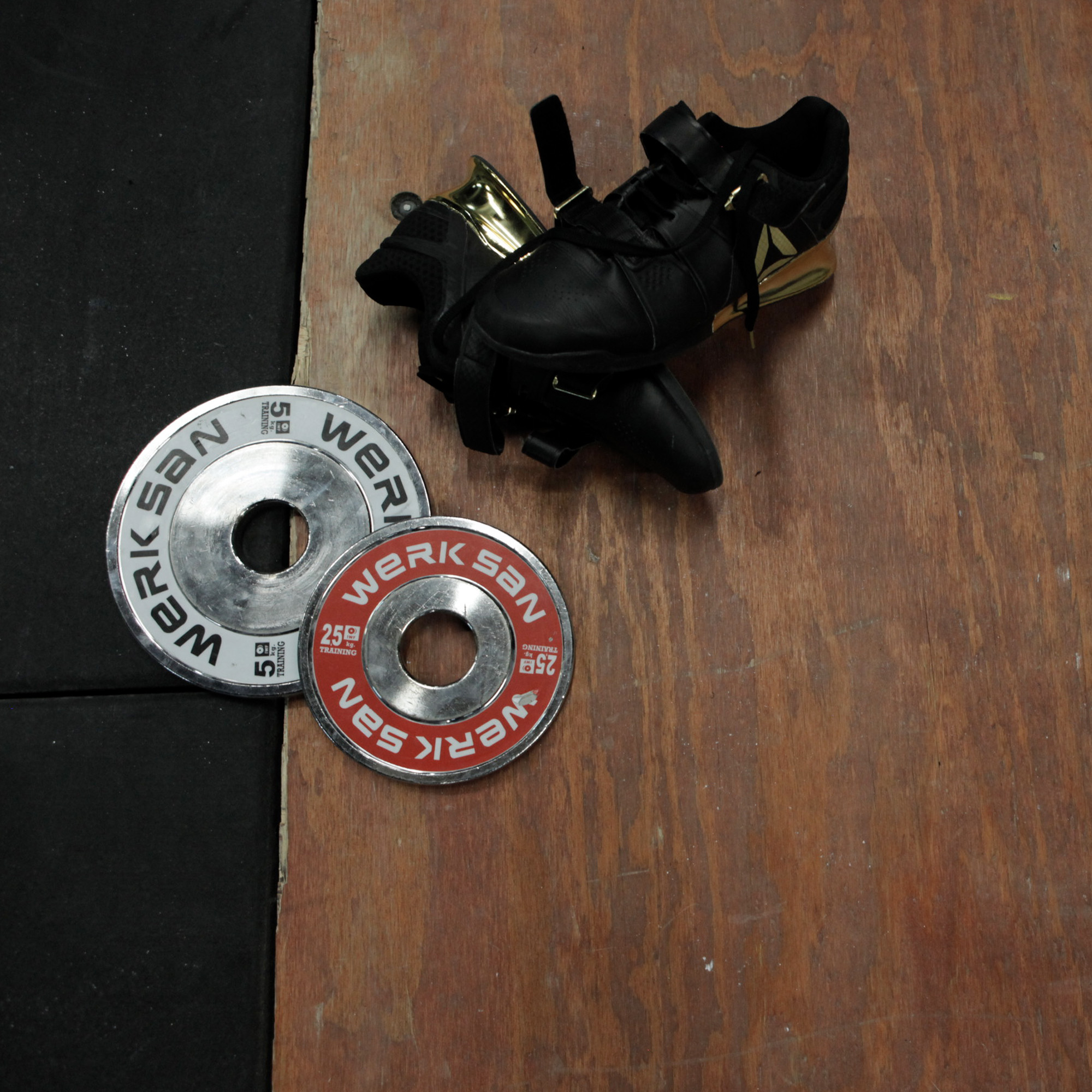